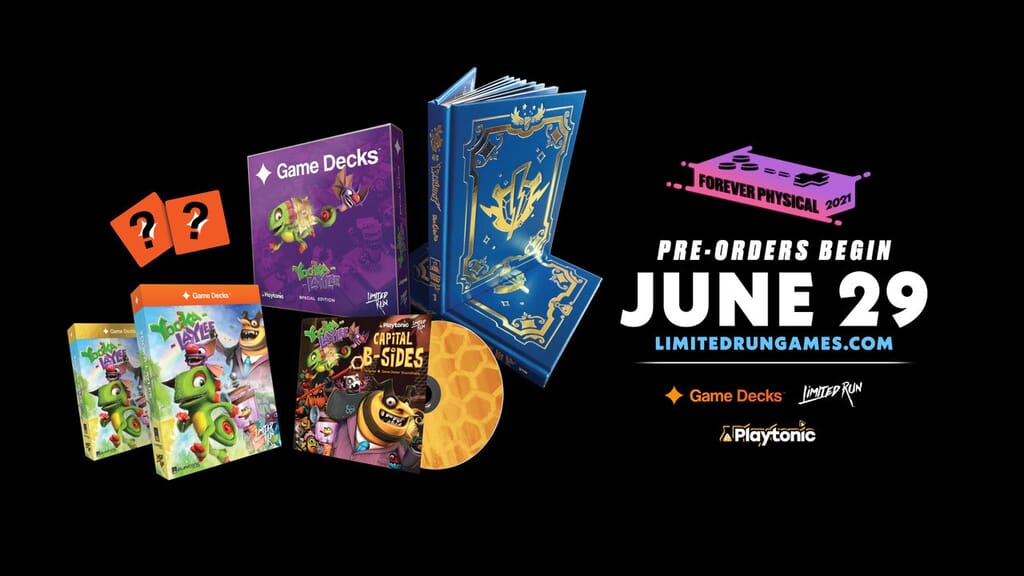 Say hello to a bundle of Yooka-Laylee merch coming your way!

We’ve partnered with Game Decks to bring you this chaotic Yooka-Laylee party game, but that’s not all. Our friend D.M. Cumbo, founder of DreamPrism Press is releasing a very Grand Edition of Yooka-Laylee and the Kracklestone. Starting today, Limited Run Games are taking pre-orders.

Want to find out more? Of course, you do! Read on…

The Special Edition is special indeed… not only does it come with the board game it also contains bonus cards that are exclusive for the Special Edition and the Expanded Grand Tome Collection, and an original tailor-made soundtrack to accompany you during a board game session, composed by Perry Burkum. 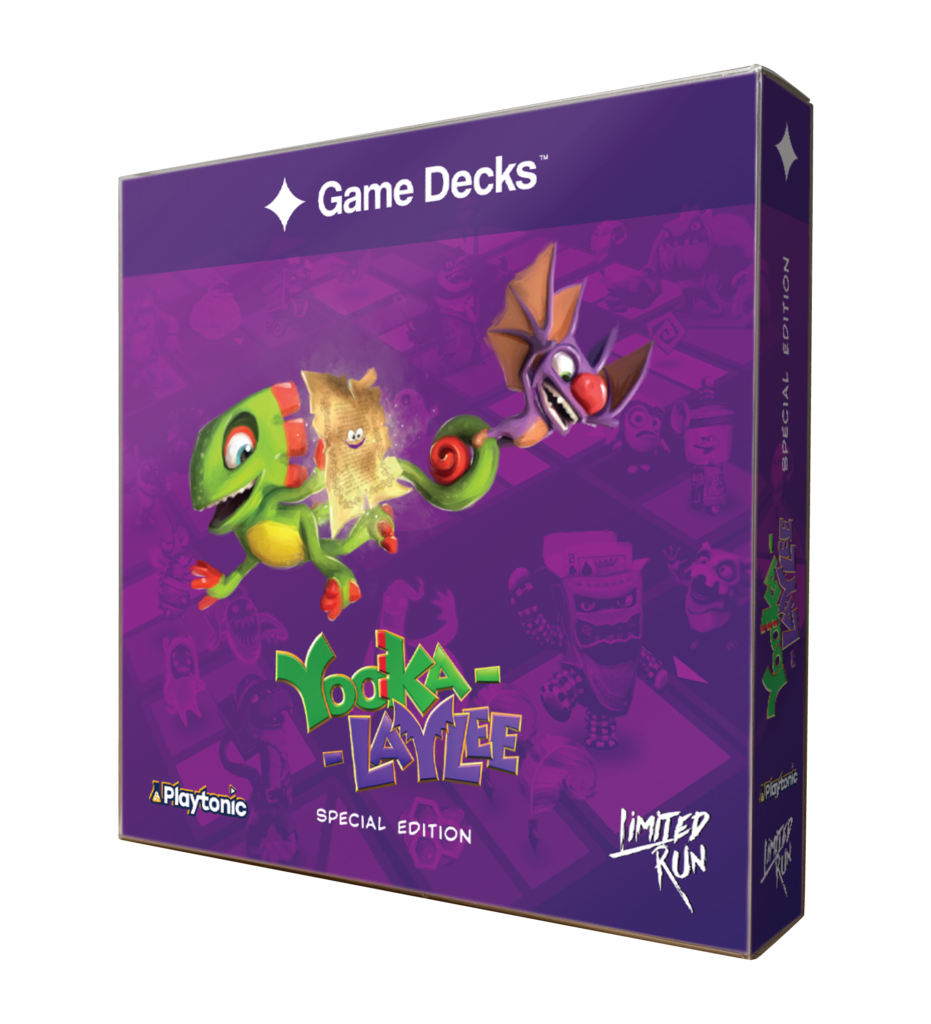 Yooka-Laylee and the Kracklestone was created and drawn independently by DreamPrism Press founder D.M. Cumbo, with full blessing from us at Playtonic Games (read the full story of how this came to be here).

Yooka-Laylee and the Kracklestone: Grand Tome Edition is a permanently limited variant and won’t be reprinted. So once it’s gone, it’s gone! Each book comes with a book plate, is signed by D.M. Cumbo and numbered out of 1000 total copies. 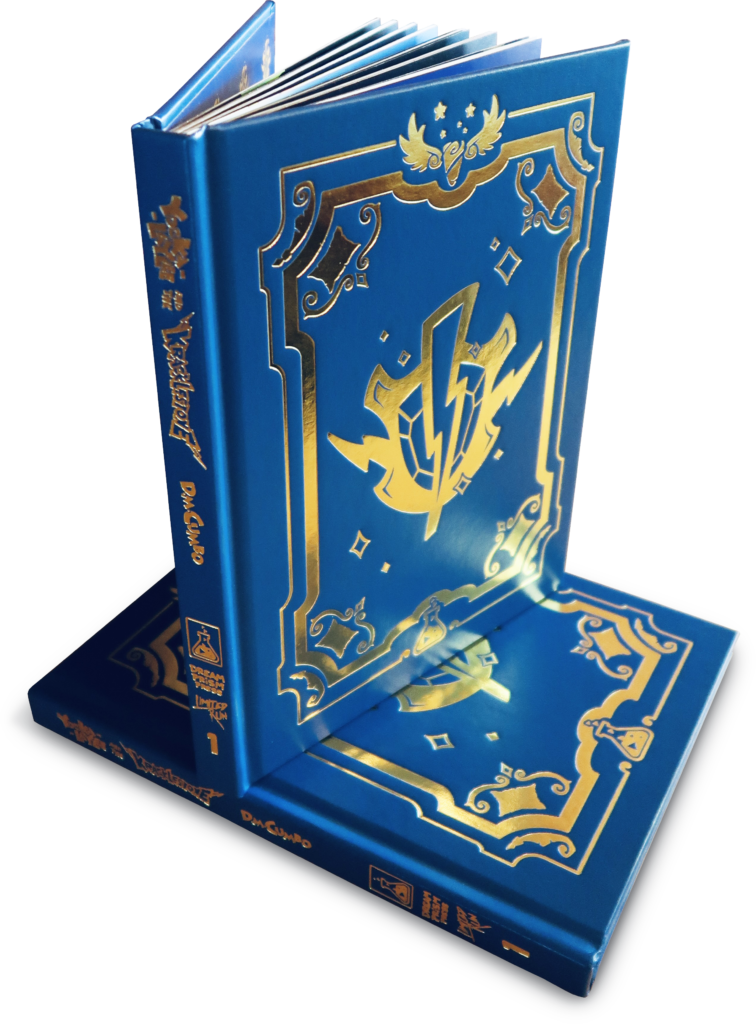 Want it all? The whole shebang? look no further than the Expanded Grand Tome Collection. 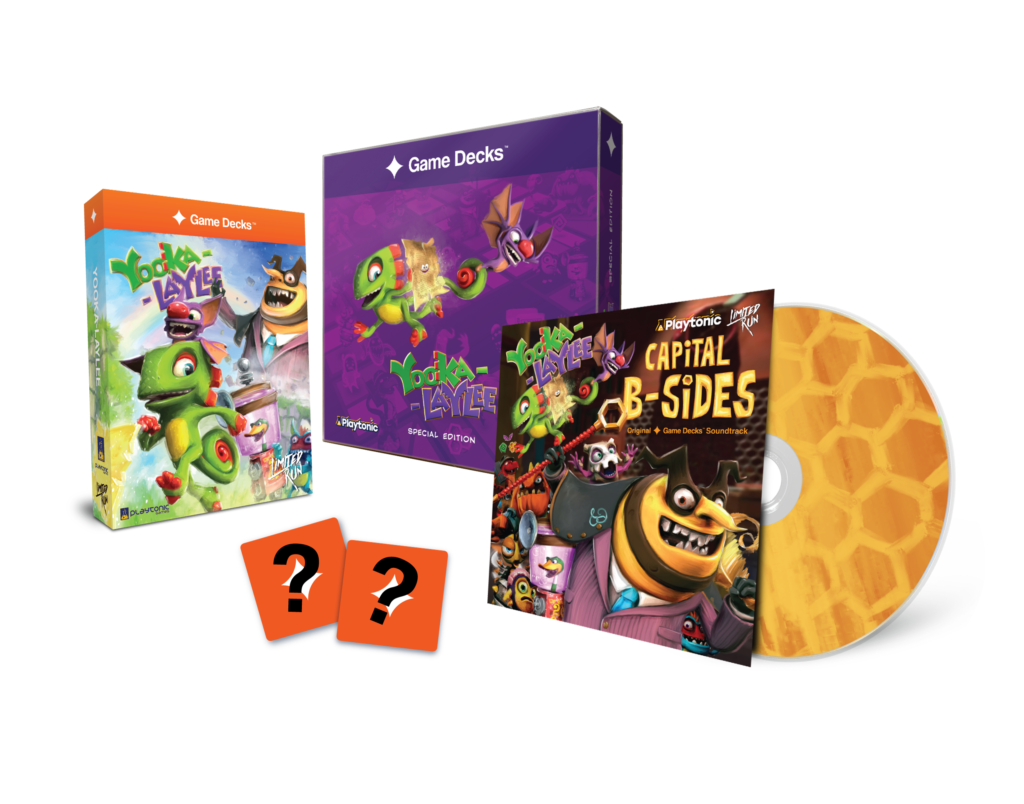 Check out the collection over on Limited Run Games today!

Where can I buy these?

When are pre-orders live?

You can pre-order these goodies right now! They’ll remain available to pre-order on Limited Run Games until the 5th September 2021 (time TBC).

I have a question about my order, who do I contact?

For all questions relating to your order, please contact the Limited Run Games customer support.

What’s the average playtime for the Yooka-Laylee Game Decks?

You can play for as short or long as you’d like, but Game Decks have estimated that a playthrough can last between 45-75 minutes. 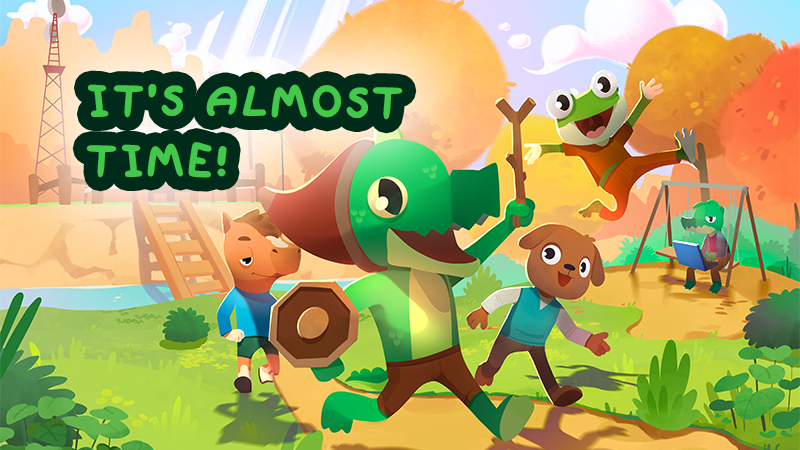 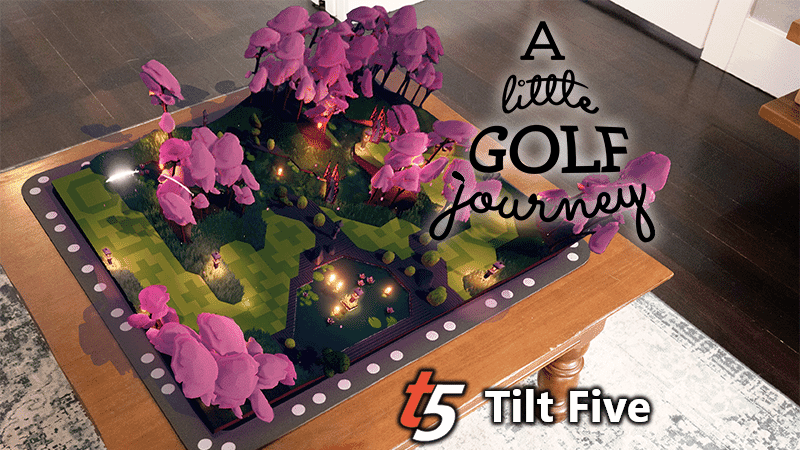